You are here: Home / All / Time and Our Perception of Time

This cool WebMD article illustrates that human beings use temporal queues to keep track of time — waking up at a certain time each day to conduct a daily routine; looking forward to weekends off; etc.

But for how long have human beings been keeping track of time and having a relationship with temporal aspects of life?

This in-depth Scientific American article mentions archeological evidence from over 5,000 years ago — the ancient Babylonians and Egyptians used calendars that worked to organize and coordinate specific communal activities, not to mention public events. You know, temporal queues!

Ancient civilizations like the Babylonians and Egyptians also paid close attention to time for the purposes of scheduling shipments of goods, and (very important) regulating their planting and harvesting cycles. The solar day, lunar month, and the solar year were all used in ancient Babylon and Egypt as well.

Fast-forward to the medieval times when dragons roamed the earth. Okay, just kidding. There is actually no historical record of that. But, what we do know is that right around 520 AD we began to see the earliest “Candle Clocks,” which consisted of a thin candle which had consistently spaced markings, and, when burned, this would indicate the passage of a set amount of time. These were used by the Byzantine Empire, Britannia, Europe, Asia, and more. Incense clocks were also used.

We all know about the iconic image of the hour glass — doesn’t that one soap opera use it to this day during their intro? The hour glass first appeared in Europe around the eighth century. Many hourglasses were used to mark… you guessed it… an hour of time, and some adorable little hourglasses measured increments of half and quarter hours.

Here’s a little factoid that might come in handy at a cocktail party (when the world gets back to some semblance of normalcy, that is): The Guiness Book of World Records recognizes an hourglass in Tokyo Japan as the biggest “hour” glass ever made. Its name is Sunagoyomi (which means sand calendar) and it’s housed inside of a pyramid-shaped structure, serving as a museum’s centerpiece and pride and joy.

Sunagoyomi is turned upside down just once each year, letting it’s grains of sand fall to the bottom over the course of a calendar year.

The Historical Significance of Clock Towers

CUT TO: The world’s first clocktower. The Tower of the Winds (constructed in Athens, Greece) featured eight sundials. Inside of the Tower of Winds there was also a water clock (called a clepsydra) powered by water coming down from the Acropolis (Athens’s famous ancient citadel).

In Song China there was an astronomical clock tower which was designed by Su Song. This doozie was erected at Kaifeng back in 1088 and incorporated liquid as well — this time for an escapement mechanism.

Al-Jazari constructed a most elaborate clock tower (we’ll spare you the Big Ben reference here) and described it in his Book of Knowledge of Ingenious Mechanical Devices in 1206. His Castle Clock was about 11 feet high and had multiple functions — not just timekeeping.

The Castle clock included a zodiac display, solar and lunar paths, not to mention a pointer shaped like a crescent moon. The crescent moon travelled across the top of a gateway and was powered by a hidden cart which caused automatic doors to open, revealing a mannequin each and every hour.

The Castle Clock also had other major components that were quite breathtaking, including a main reservoir with a float, a float chamber, a flow regulator, a plate and valve trough, two pulley systems, and two falcon automata which dropped balls into vases. Al-Jazari’s Castle Clock secured its place in history as the earliest programmable analog computer as well.

Of course, the world’s tallest freestanding clock tower is the Joseph Chamberlain Memorial Clock Tower (called affectionately Old Joe) which stands a tall 330 feet at the University of Birmingham in the United Kingdom. It was built in 1908.

Let’s All Give Ourselves a Little Time During These Times…

Now that many of us aren’t adhering to our normal fast-paced schedules, we might be feeling the effects of time a little differently, even measuring time differently.

One thing remains certain, time is still moving. In uncertain times it’s best not to lose track of it too much.

We’re always here if you have a timepiece that needs to be restored, refurbished, or repaired. Best of all, we’re already social distance-friendly. We have an easy mail-in process that you can start today! Contact My Jewelry Repair today if you have any questions about how to restore your precious memories.


My Jewelry Repair has established a culture based on the desire to provide the highest caliber jewelry and watch repair possible for our partners and customers, alike. Through experience, innovation, and a clear focus placed on improving every day, we will continue to do what we do best, Restoring Memories.To learn more about our history, please visit our About Us page. 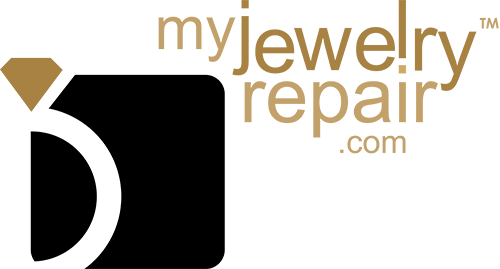