The History of Jewelry Around the World Series

The tribes who organized enough to settle in one place for longer periods of time tended to engage in more heightened artistic activities.

Based on archaeological finds, North American tribes divided the American territory into broad areas such as the Eastern Forests (Great Lakes region, Florida, East of Mississippi), the Great Plains, the Southwest (Arizona, New Mexico, etc.), the Northwest Coast (from the bay of Yakutat in Alaska reaching to the Columbia River), and California (a crucial area in between the Northwestern Coast and the Southwest.

Copper ornaments were used by tribes in the Great Lakes region as early as the 5th millennium BCE. Necklaces feature beads formed from thin, narrow strips of precious metal, shaped like fish. The Hopewell finds unearthed bobbin-shaped copper earrings, engraved sheets of silver, as well as ornamentation sewn into clothing or delicately placed on headdresses.

The Seneca, Onondaga, Cayuga, and Iroquois (who lived in what is now considered New York) utilized European coins made of silver, which were hammered, shaped, and often cut to be used for numerous jewelry creations.

We have to go all the way back to the first half of the first millennium CE to find the first examples of personal ornamentation and accessories in the Southwest. Bracelets were worn made from shells — some have been found fashioned in the shape of a frog sculptured in miniature. Other examples show zoomorphic creations crafted upon auricular disks, not to mention rings with both bird and snake motifs when it came to pierced work. Much shell jewelry was adorned with turquoise mosaics. 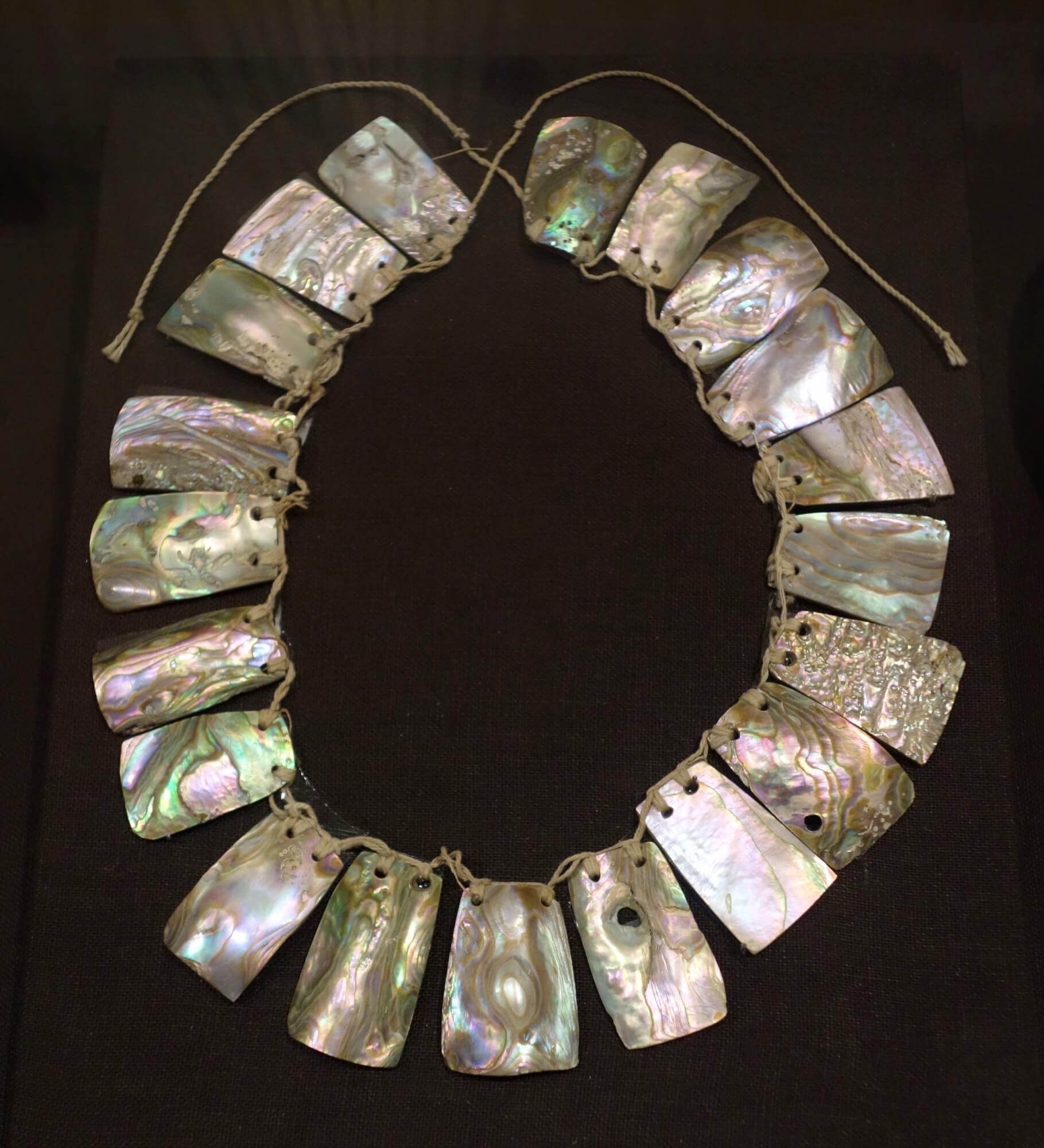 The Great Plains and California

As far as we’re able to tell from historical evidence, those who lived in the Great Plains and California did not produce any precious forms of jewelry. Instead, tribes living in these regions focused on leather and beadwork, or even on creating artistic works on perishable materials.

In North America there seems to have been less of a connection to the way pre-Columbian cultures in Central and South America valued personal ornamentation. For instance, archaeological evidence shows that copper was used far more often than gold. There’s a very good chance that gold was being used in North America by people who did not know that it was extremely valuable in the Western world.

We can look back to the Archaic period and find that ancient Native American people intricately decorated shells with carvings or even champlevé enamel work. Feathers and turquoise were used for mosaic and were common among precious materials used.

Particular tribal cultures in North America perpetuated different artistic traditions as a result of the differences in region, climate, and other social and environmental factors. 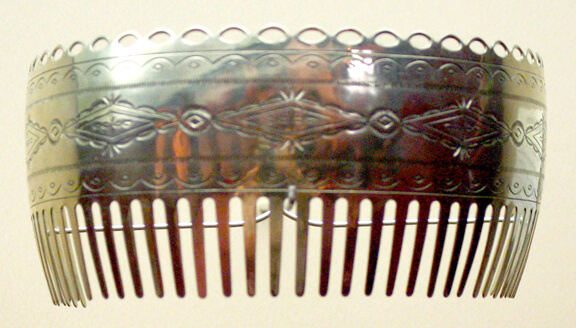 Two tribes in particular knew how to accessorize: The Pueblo and Navajo tribes.

The Pueblo and Navajo both made exquisite necklaces and pendants — usually from shells, coral, and, of course, turquoise mosaics, thanks to archaeological findings from the Pueblo Bonito discoveries.

Toward the start of the second half of the 19th century, Navajo tribespeople had learned to work with silver that came from Mexican craftsmen and reworked motifs that were Spanish American in origin, which became a part of Native American traditional style. 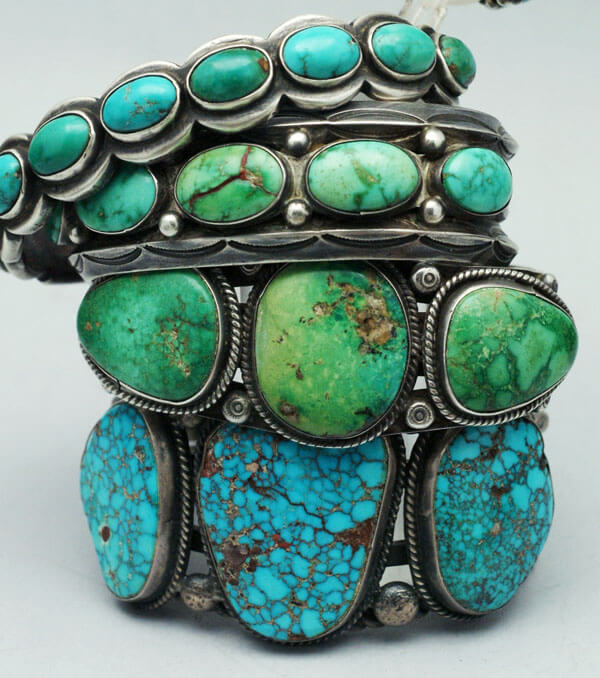 *Miwok Abalone Necklace from the Oakland Museum attributed to : https://commons.wikimedia.org/wiki/File:Abalone_necklace,_Miwok_-_Oakland_Museum_of_California_-_DSC04942.JPG

Jewelry and accessories which came from the tribal peoples of North America were characterized by a practical naturalism that is undeniably rugged, vigorous, and dynamic. At My Jewelry Repair we are proud to carry on this rich tradition. No matter what materials you’re working with, we have the tools and dexterity to repair any watch or jewelry problem you might be experiencing. We’re here to help your jewelry and watches stand the test of time.

Contact us today to learn more about our easy online jewelry and watch repair service!